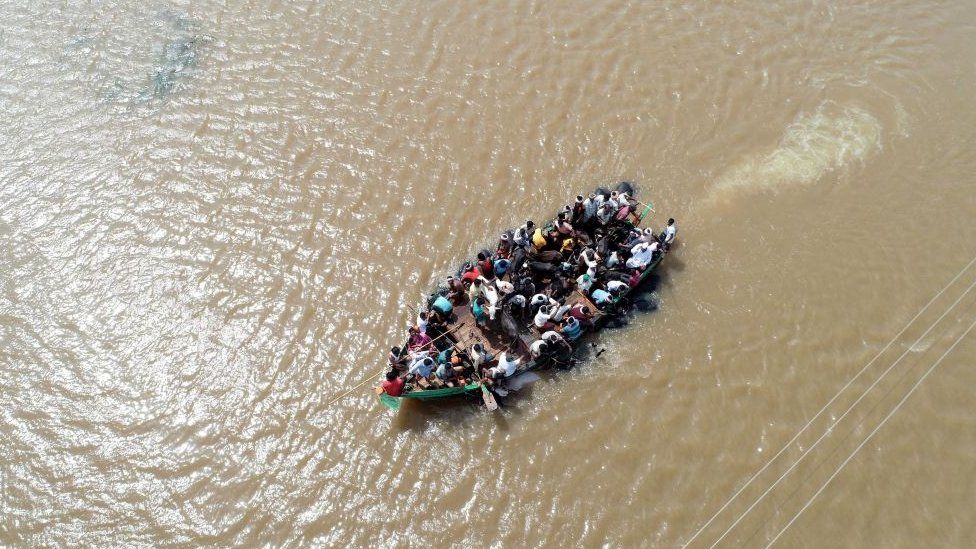 India’s IT capital Bangalore (also known as Bengaluru) witnessed torrential rains last week, causing severe flooding in several areas. Families that found themselves trapped in their homes as water levels rose around them narrate the ordeal they went through to find help. Rudraneil Sengupta reports.

Late in the evening of 5 September, Ruche Mittal and her husband, Manish, realised that there was trouble brewing.

Ms Mittal, an entrepreneur, and her husband, a director in a biotech company, could see that their housing complex in Whitefield, an upscale neighbourhood, was getting inundated due to heavy rains.

The couple’s first-floor apartment in a housing complex called T-Zed was safe, but they had to ensure that Manish’s ailing father had access to essential services.

Some flooding was not uncommon in their neighbourhood but by midnight, the ground floor and the basement parking of their complex was flooded. Many of their neighbours whose homes had flooded were moving to higher floors and many others were leaving.

« At around 02:00, we started calling for help, » Ms Mittal said over the phone. « The police, fire brigade, municipality either did not pick up the phone, or said they were unable to help. »

Worse still, they could not find an ambulance to shift their father to a relative’s home. Their cars had been damaged when the basement parking had flooded a week earlier due to heavy rains.

At that time, some families had left anticipating that worse may come. But most had stayed on, even though the electric supply was patchy and piped water had more or less been shut off because of sewage contamination.