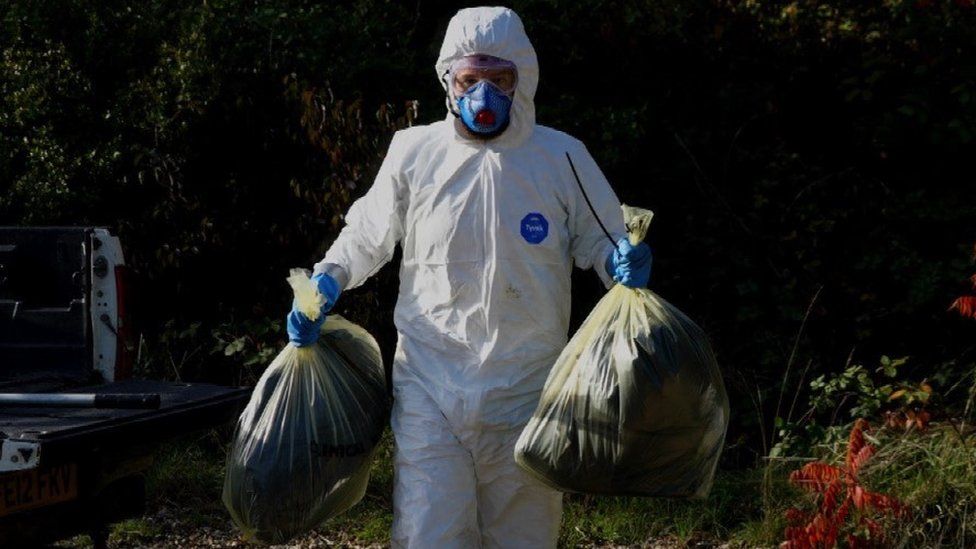 The Department for Environment, Food and Rural Affairs introduced the measure amid the country’s largest ever bird flu outbreak.

The risk to human health from the virus remains very low, the government said.

The chief veterinary officers from England, Scotland and Wales declared an Avian Influenza Prevention Zone (AIPZ) across Great Britain to prevent the disease spreading amongst poultry and captive birds.

The move followed an increase in the number of detections of avian influenza in wild birds and on commercial premises.

« We’ve never had to do this before, we’ve never had this level of environmental infection going on before that’s posing such a risk, » Prof Christine Middlemiss, the UK’s chief veterinary officer, told the BBC.

The UK Health Security Agency (UKHSA) advised that the risk to public health from the virus was very low and the Food Standards Agency advised that avian influenzas posed a very low food safety risk for consumers. It said properly cooked poultry and poultry products, including eggs, are safe to eat.

The government stopped short of asking all bird owners to bring their animals inside, a measure already in place in the east of England.